The Foundation Council meets at Herrenknecht

At the invitation of Martin Herrenknecht, ITACET Foundation Council met at the Herrenknecht headquarters in Schwanau, Germany on 29th October.

The meeting began with a visit of the Herrenknecht factory and academy before getting down to business.

High on the agenda, was the upcoming transfer of the ITACET Foundation headquarters to Geneva, in the office of ITA. The transfer process is well underway with the Swiss authorities.

The Foundations events since the last council meeting were discussed, including events in France and Argentina. Many other events are in preparation, for example, events in Nepal, Kenya, Nigeria and Italy for the upcoming months. The training session in Kenya should prove particularly interesting as it will hopefully mark the creation of the Kenyan group of ITA. 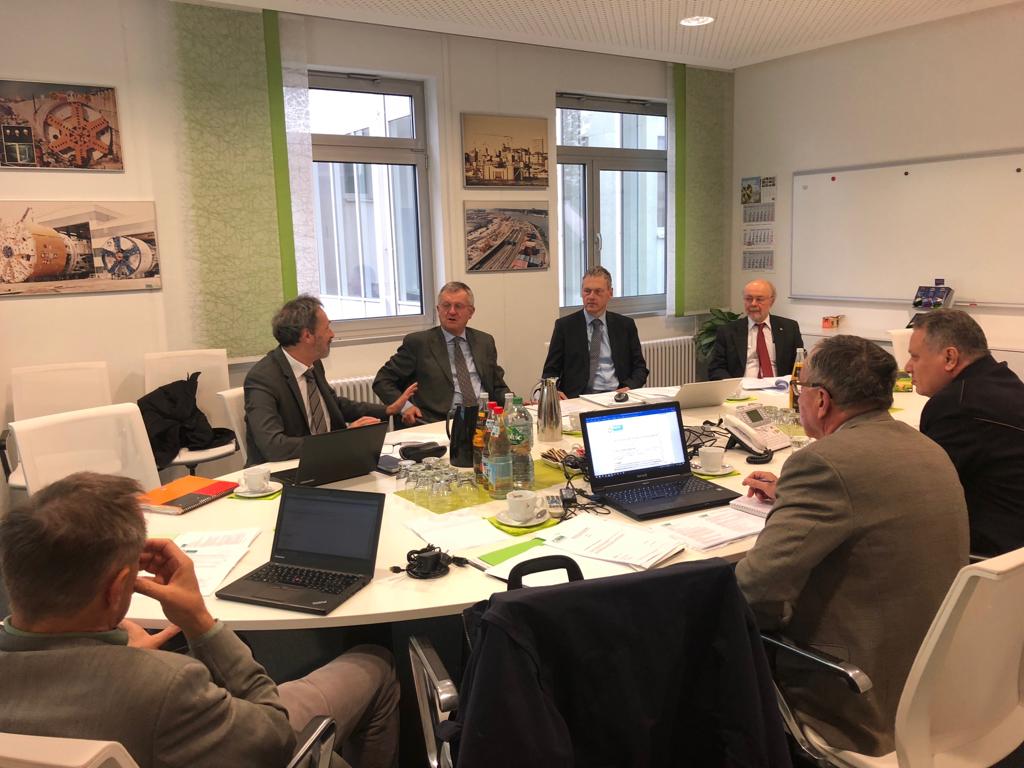 The council then moved on to discuss Masters Scholarships. The council decided to sponsor Daniela Zapata Franco, from Colombia who is studying at INSA/ENTPE in Lyon, France. This is in addition to the sponsorship from this academic year of Sweta Nemani, from India.

The council also took time to discuss the Foundation’s communication activities. During which it was noted that between May-October 2018 the Foundation website was visited by 1800 users. The LinkedIn page has also been active and continues to spread ITACET news.

Also on the agenda, was the updates that have taken place to the ITACET website. Notably the creation and activation of the ‘Private Area’; a document library of previous presentations given, which is open only to selected individuals. The website has also seen updates to the ‘Lecturers’ page, which now boasts the function of being able to access the biography of each lecturer.

As usual, the budget for the year was discussed, as was the new Business Plan for 2018-2023. A key element of the new business plan involves furthering the relationship with industries. The newly created task force will help to develop this activity of the Foundation.

The next Foundation council meeting will take place in Paris on 4th February 2019.