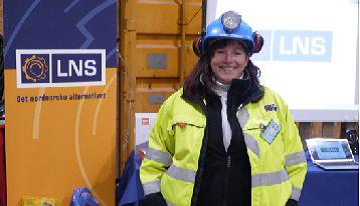 Ruth G Haug has been employed since 2011 by LNS, Leonhard Nilsen & Sønner as Project Director for the south region of Norway. LNS is a major Norwegian contractor with its main focus on mining, tunnelling and operations in artic conditions. Previously, Haug has spent 20 years with the Norwegian Road Administration, mainly with tunnelling projects in urban areas. Haug also worked as a Director in the Norwegian Road Authority in charge of Department of tunnelling and geotechnical works from 2003-2011. Haug has a MSc degree in Civil Engineering and heavy construction from Norwegian Technical University, NTH, 1987 and a MSc degree in Construction Management from University of Colorado 1991. Haug has been a member of PIARC for 4 years. She has been on the Board of the Norwegian Tunneling Society for 10 years, and as Chairman of the Board for 2 years and is a member of honour since 2012. Haug is presently an exco member of ITA.