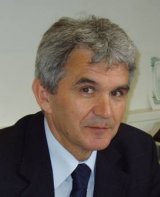 Ivan Vrkljan obtained his B.Sc. degree in Mining Engineering from the Sarajevo University in Tuzla, Bosnia and Herzegovina, in 1972, and his M.Sc. and Ph.D. degree in Rock Mechanics from the Faculty of Civil Engineering University of Zagreb, Croatia.

From 1972-1979 he was employed with the Faculty of Mining, University of Sarajevo, as Assistant Lecturer in Mechanics, Rock Mechanics and Mining Structures. His professional activities mainly focused on the rock mass investigation and on geotechnical design in the field of open-cut and underground exploitation of mineral raw materials.

From 1979 to present, he has been employed with the Civil Engineering Institute of Croatia – Zagreb (now Institut IGH). Over this period, his activities have also been exclusively focused on the problems of rock mechanics, but principally as related to the field of civil engineering. From 1987 to 1998, he was the Chief of Division for Rock Mechanics and Underground Works (IGH-Zagreb), and from 1988 to present he assumes position of the Chief of Division for Laboratory and In-Situ Testing and Monitoring. He was also the President of IGH's Research Council. As geotechnical designer or consultant he worked on many projects in Algeria (Chiffa and Harbil Tunnels, Sidi Yacoub Earthfill Dam, Isser Keddara - Boudoaou Water Supply System), Iraq (Bekhme Dam) and Iran (Karun 3, Karun 1 and Godar-E-Landar HEPP).

From 1999 to the present time, he has been employed with the Faculty of Civil Engineering, University of Rijeka, for 50 percent of working hours. He was also the Assistant Dean for Research (2003-2007) and Chief of Geotechnical Laboratory (2008-present).

Prof. Vrkljan is the author or co-author of a large number of publications and lectures, mainly on rock and rock mass behaviour, slope stability and tunnelling. He was also Lead Researcher on three projects funded by the Ministry of Science, Education and Sports of the Republic of Croatia.