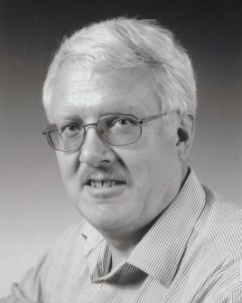 Born in 1951, Martin Vogel started his career in 1971 as a site supervisor in tunneling. He graduated in Civil Engineering at the College of Engineering in Zürich (today Zurich University of Applied Sciences) in 1978. He gained his practical experience mainly with small and large TBM's in several national and overseas tunnelling projects as a site engineer responsible for production.

From 1971 to 74 he was a tunnel supervisor with Electrowatt Engineering and from 1974 to 1985 a supervisor and tunnel engineer with Locher & Cie AG on several projects in Switzerland. From 1981 to 1983 he was TBM superintendent with Skanska Int. in the Carhuaquero hydroelectric project in Peru.

Since 1985, he is employed by Suva, the Swiss Accident Insurance Fund, which is an independent, non-profit company under public law and is the executive agency for working safety in Switzerland. Since 1995 he is responsible for Health and Safety in tunnelling within Suva and was involved in all major tunnelling projects in Switzerland such as the Gotthard base tunnel, the world longest traffic tunnel.