“The use of underground space is seen to be vital in a world where more than half of the population now lives in urban areas.
Further concentration in mega-cities is a trend which cannot be stopped. 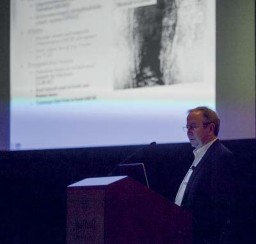 Increasing awareness on the multiple beneﬁts to go underground, especially in urban environment is one

The training session “Underground Space Use” was co-organized by the ITACET Foundation and the WTC2016, San Francisco.

The program has been developed by ITACUS and ITACET committee.

The aim of the course was to give information to engineers, architects, planners and public administrators on the advantages of underground space and structures in urban areas.

The training program was divided in four sessions:

-Architectural, planning and cost-beneﬁt issues for broad-scale underground space use

-Guidance for planning and design of underground spaces

All along the training, several cases history were presented and their respective key issues highlighted.
Advantages and disadvantages of the solutions or methods used in these cases were discussed.

The presentation were of a very high level although still very comprehensive.