The Ministry of Transport of the Kingdom of Saudi Arabia organized a “Seminar for Continuous professional Education” on “Safe Operation of Underground Transportation Infrastructure” . 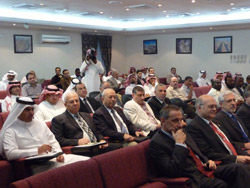 The objective of the Seminar was to provide an introduction to the state of the art for a safe use of underground transportation infrastructures with an emphasis on railway and road tunnels systems.

Five worldwide experts delivered the lectures detailed in the enclosed programme; three of them were coming from Foundation Sister Organizations: 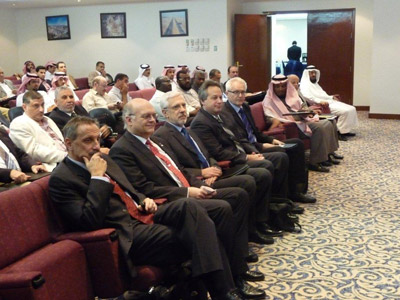 The lectures were followed by a very lively discussion with the participants; the final comments were very positive; the participants encouraged the organizers to plan other and longer events on the same topic and also on the Safety at the level of Design, Construction and Maintenance through adapted case studies.

Arabic version of the program available, read it here >>

Pierre
SCHMITZ
Formerly Ministry of the Brussels Region - Retired in 2015