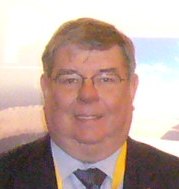 Henry A. Russell Jr. P.E. is a Senior Vice President and Principal Professional Associate of PB Americas  Inc. formally Parsons Brinckerhoff Quade & Douglas Inc. Mr. Russell is the International Program Leader for the rehabilitation of underground structures and is the Chair of the International Tunneling Association’s Working Group 6 Repair and Maintenance of Underground Structures.  As the Animateur for ITA Working Group 6 , he was the editor of Structural Fire protection for road  Tunnels 2003, and  Structural Fire Protection For  Metro tunnels 2010. He is a member of the MOLES, TRB, Chairman of AUCA/SME Committee on Tunnel Rehabilitation and has over 42 years of experience in the inspection, and rehabilitation of underground structures, including over 80 tunnels in the U.S. and overseas.  Mr. Russell has had numerous projects that have won national awards for excellences among them are; The ICRI Outstanding Transportation Project in 1993 and 2005, and the American Shotcrete Association’s underground project of the year in 2005, 2007. Mr. Russell has authored over 40 professional papers on the design and rehabilitation of underground structures, including the rehabilitation chapter, of the TunnelEngineering Handbook, 1998 and the Tunnel rehabilitation chapter in FHWA-AASHTO Training Manual. 2009. Mr. Russell has over 40 publications on repair and maintenance of undergroundstructures.