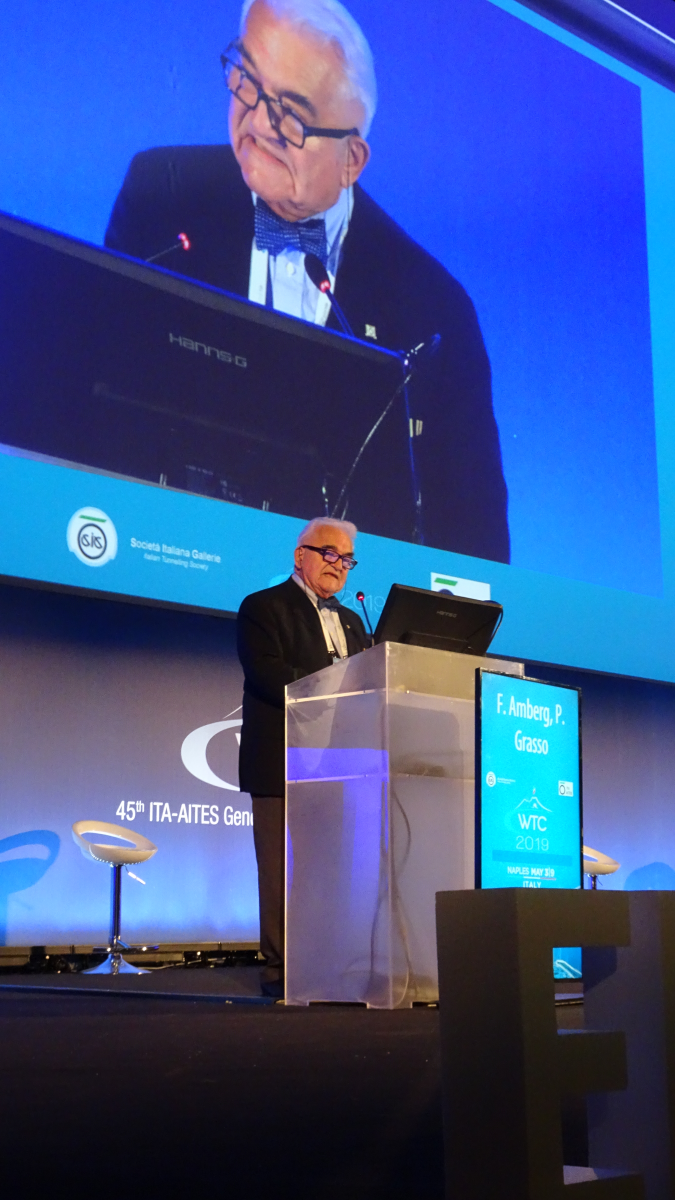 The WTC2019 in Naples played host to the annual ITACET Awards and, as is now customary, the Awards were given during the Opening Ceremony.

Sebastiano Pelizza (shown left) received an award in recognition of his continued support of the work of the ITACET Foundation. He has been an ITACET surveyor for many years and as such his support, guidance and involvement has been invaluable to the Foundation. Professor Pelizza was presented with the award by Felix Amberg, Secretary-treasurer of the Foundation, after which he gave a moving speech recounting his career and wishing the next generation of Engineers luck. His speech was proudly watched by many of his grandchildren in the audience.

AFTES (French tunnelling and underground space association) also won an ITACET award which was presented to the President of AFTES, Michel Deffayet by ITACET’s Vice-president Piergiorgio Grasso.  The Award was in acknowledgement of AFTES’s support of ITACET, through being a donor, promoting training sessions and co-organising sessions alongside the Foundation. AFTES was also recognised for the contribution it plays in providing operational conditions necessary for the Foundation to continue its work. 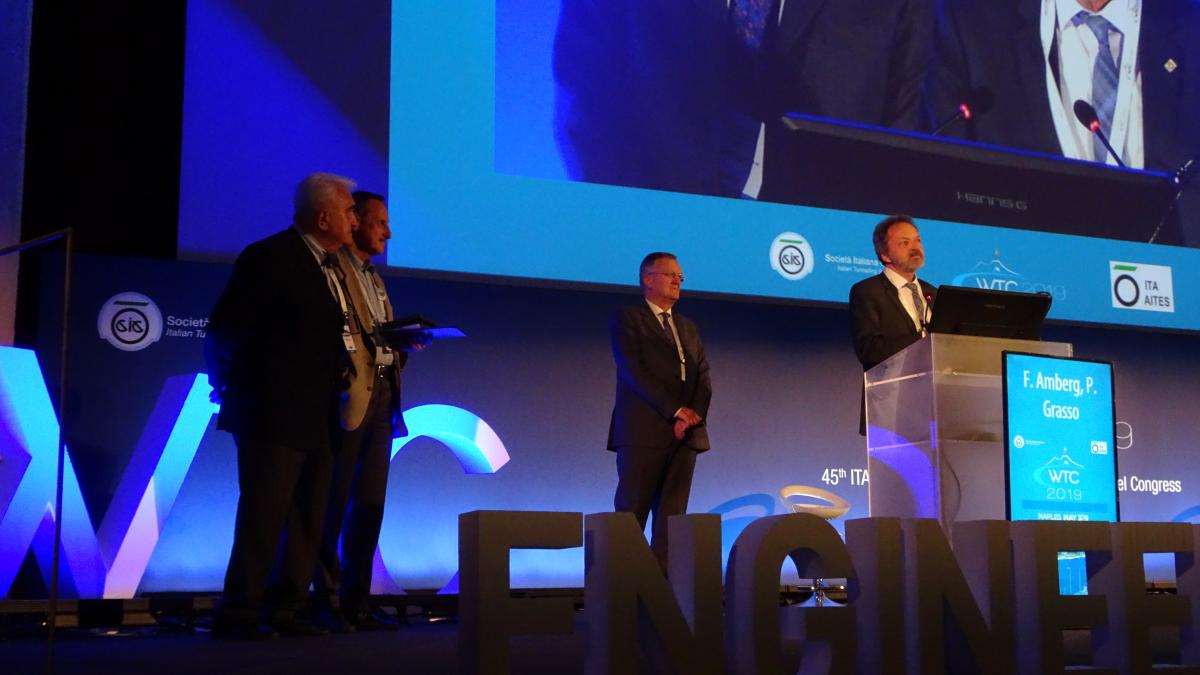