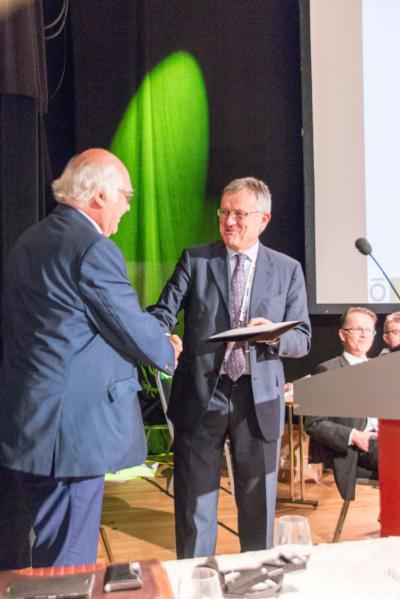 This year's ITACET Foundation award was presented to one of the most influential figures in modern tunnelling, Dr Martin Herrenknecht of Herrenknecht AG.

The award was presented during the ITA General Assembly in Bergen, Norway, in the presence of the 52 Member Nations that participated.

The Foundation's Vice President, Piergiorgio Grasso handed over the award, thanking Dr Herrenknecht for his significant contribution to the activities of the ITACET Foundation, both as a main founder and donor.