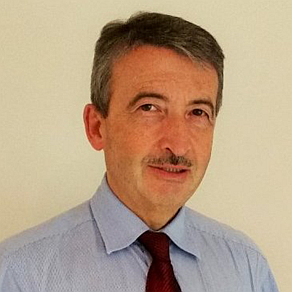 Eric Leca has thirty years’ experience in the field of Transportation and Infrastructure.

He spent the first part of his career in the French administration, where he was in charge of developing an R&D program in the field of Tunnel Engineering, at the Ecole Nationale des Ponts & Chaussées and then at the Laboratoire des Ponts & Chaussées (French road research laboratory), as Head of the Foundations, Structures and Tunnels Geotechnical Unit.

He joined the French engineering firm, EGIS in 1998 as Deputy Director of the Tunnel Engineering Division before moving to Australia where he became Managing Director of the Australia – Asia Pacific subsidiary of Egis Projects, involved in the project development and operation of transport infrastructure projects, before becoming Risk & Technical Director for the EGIS Group.

In 2005 he joined SYSTRA, a French engineering firm specializing in Mass Transit in Rail, as EVP for Engineering before becoming Group CTO in 2012, in charge of all technical divisions for Infrastructure, Systems and Operation (750 staff), with involvement in all major projects of the Group, in France and internationally.

Eric Leca holds an Engineer degree from the Ecole Polytechnique and the Ecole Nationale des Ponts & Chaussées in France, and a PhD from the Virginia Tech in the USA.  Over his career, he has been involved in numerous tunnel projects - both at the design & construction stage, and during operation - and is the author of several publications in the field of tunnel engineering.  He is currently a Vice President of the ITA.