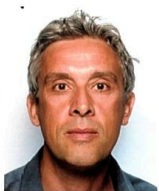 François Laigle graduated from “Ecole Normale Superieure Paris Saclay” in 1989 and obtained a PHD in soil and rock mechanics from the “Ecole Centrale of Lyon” in 2004.

He is a senior engineer at BG Consulting Engineers. He has been involved in several underground and hydropower project developments as underground works specialist, geotechnical specialist and team leader.

He is the animator of Working Group n°30 of the French Tunneling Association, AFTES, in charge of the preparation of a specific guideline on the use of rockbolts as tunnel supports.