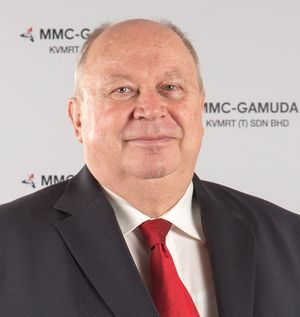 Gus has forty plus years’ experience in tunnelling and related construction worldwide on major infra-structure projects out of which twenty-two years in South- and South-East Asia.

He started his professional life in Budapest on the M2 and M3 metro lines. His first foreign assignment was in Belgrade, then in Yugoslavia, on the Vračar rail tunnel. Gus spent altogether 7 years in India on the Calcutta- and Delhi Metros. Later Gus worked in England on the Channel Tunnel, in South Africa on the Lesotho Highlands Water Project, in Greece on the Athens Metro Lines 2 & 3, in Singapore on the Deep Tunnel Sewer System, in Malaysia on the SMART project, always as contractor in managerial positions. For a real change Gus returned to Hungary, his native country, after 28 years of absence as project director of the client on the Budapest Metro M4 Line. He was recalled to Kuala Lumpur in March 2011 to assist the MMC Gamuda JV to tender for, win and construct the underground works contract for the SBK Line and to win the tender and build the tunnels for the SSP Line, the first and second MRTs or heavy metro lines in the Klang Valley in Malaysia.

Gus was part of the team who developed the Variable Density multi-mode TBM and now with his GAMUDA team is working on further developing the “Autonomous TBM”, including automatic steering and management of most of the TBM sub-systems automatically. The autonomous TBM system has recently won prizes from the ITA and the New Civil Engineer paper where the evaluators called it a game changer in the industry. It has been already working well on several TBMs in Kuala Lumpur.