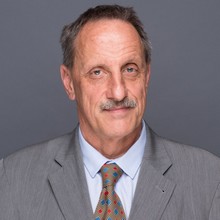 After completing his degree as MoSc in Civil Engineering at the ETH in Zurich, Felix Amberg began his career as assistant in the Institute for Hydrology and Water Resources at the ETH in Zurich, Switzerland. This was followed by several positions, some lasting several years, as construction site manager and project engineer.

In 1986, Felix Amberg started to work at Amberg Engineering Ltd, which had been founded by his father, Dr. H.C. Rudolf Amberg. As PM he was responsible for various underground projects. In 1995, he took over the responsibility and ownership of all companies of the Amberg Group. Under his leadership, the Amberg Group started to expand internationally and is now present in more than 25 countries worldwide. The combination of Amberg Engineering Ltd, Amberg Technologies Ltd, Hagerbach Test Gallery and Amberg Loglay Ltd offers a unique expertise in many fields of underground infrastructures. Felix Amberg has personally been involved in many important engineering and R&D projects, such as the Vereina Tunnel, the Gotthard Base Tunnel, Gibraltar Strait Tunnel and EU research projects such as Tunconstruct, L-Surf amongst others.

Felix Amberg is secretary and member of the Council of the ITACET Foundation, a former ITA Treasurer and Exco member, former president of the Swiss Tunnelling Society and board member of Bauen digital Schweiz (Digital Construction Switzerland).

In early 2000, CUC Ltd was established as a Centre of Excellence to address shortcomings in training and education of blue-collar workers in the underground infrastructure sector. CUC is an international industry sponsored organisation.