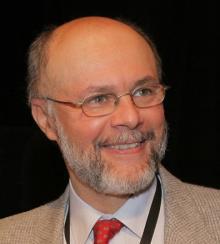 Professor Celestino was previously an ITA President and President of the Brazilian Tunnelling Committee. He was the Animateur of the ITA Working Group 12 on Sprayed Concrete Use (2005-10). He earned his doctorate degree in Civil Engineering (Rock Mechanics) from the University of California, Berkeley (1981).

He is currently Professor at the University of São Paulo and employed by the Themag Engenharia Ltda., São Paulo (Brazil), where he leads the Geotechnical Engineering, Engineering Geology &Transportation Engineering Design Groups. He is also responsible for the geotechnical designs of several hydroelectric power plants, subways, highways etc., including major underground works (since 1990).

Professor Celestino continues to contribute his valuable knowledge for the graduate courses & research areas on Rock Mechanics & Underground Works, at the São Carlos Engineering School, University of São Paulo & for the ITACET Foundation.