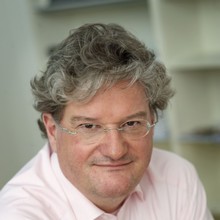 Han, a civil engineer (University of Applied Science, Rotterdam), is co-chair of the International Tunnelling and Underground Space Association’s Committee on Underground Space (ITACUS) and a member of the Urban Planning Advisory Group of the United Nations Office for Disaster Risk Reduction (UNISDR), advising the special representative. As president of the Dutch-Flemish Pipeline Industry Guild, he promotes underground freight transport as a sustainable and economically efficient mode.
Over the course of his career, Han has worked for the National Department of Public Works and Water Management, acting, among other positions, as the project manager for the first machine-excavated (TBM-driven) tunnel in soft soil in the Netherlands. Later, as the executive director of the Netherlands Centre for Underground Construction (COB) he implemented visionary concepts on underground construction and was part-time professor of underground space at Zeeland University of Applied Science. Since 2008 he has been the owner and managing director of Enprodes Management Consultancy in Delft, consulting in the fields of underground space and road tunnel safety.
He is passionate about urban planning and interdisciplinary dialogue between various stakeholders and professional disciplines dealing with urban and underground development. Having published numerous articles on this topic, his first book ‘Underground Spaces Unveiled – Planning and Creating the Cities of the Future’, written together with Antonia Cornaro, was published in February 2018.